For many breeders around the World, Loyalyn Goldwyn June EX-97-CAN EX-97-MS 6E 3* is one of the most favourite mature cows in the breed ever! Her list of victories is huge and grew by age, she was 1st Mature cow & H.M. Grand Champion at the Royal in 2015 and won the Grand Championshipstitle as a 12 yr old cow at the Supreme Laitier 2018, when her lifetime production already reached >100.000 kg milk! Besides she was Canadian Cow of the Year 2019 and turned 15 earlier in June with 134.00kgM lifetime production. Out of her potentially to go EXCELLENT Solomon a lovely Upgrade daughter sells next October 22 in the German Masters Sale 2021 returning as 'LIVE SALE'. 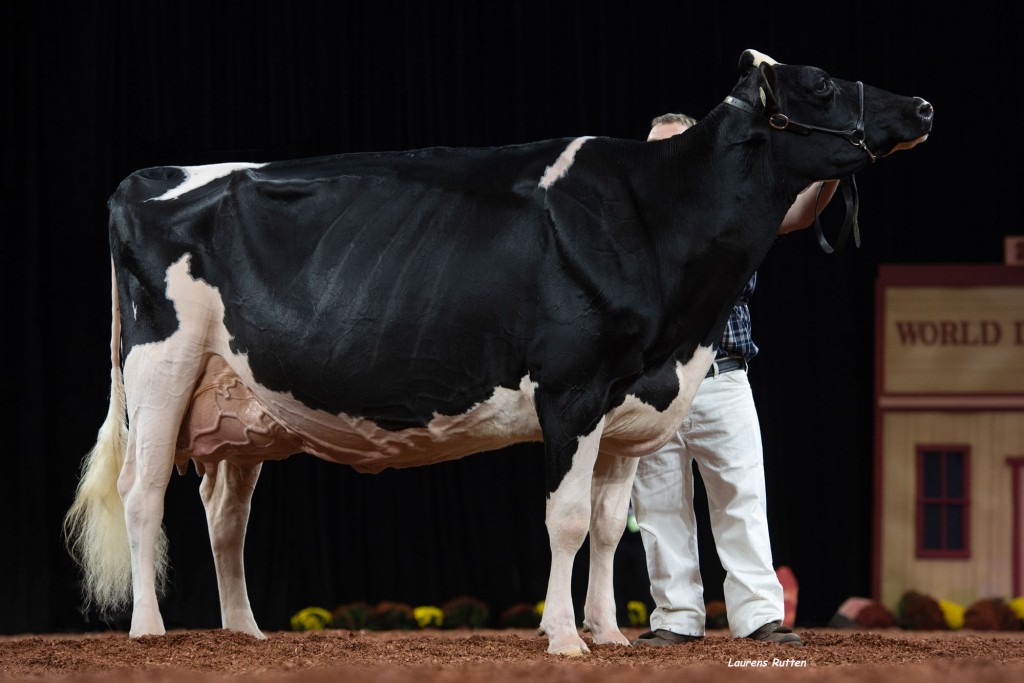